MuleSoft became a part of salesforce family over a year ago. It has allowed salesforce to assist companies in achieving digital transformation by connecting to all business systems.

Mulesoft offers integration software that helps organizations in connecting data, devices and applications. The integration ensures seamless data flow through all the devices used to access the application.

The Anypoint platform of MuleSoft is a part of the Salesforce Integration Cloud. It allows seamless integration because MuleSoft has a connector that is prebuilt into Salesforce.

What is MuleSoft Anypoint Platform?

The Anypoint platform provides product solution and allows application, device and data integration using APIs. APIs are used to expose the data and it is consumed by external applications and systems. It makes it possible to control data across the network.

The Mulesoft has a variety of components and to fully understand its functionality, it is essential to know about the components.

Here are some basic components that create the entire system.

It is a web-bases graphic tool used for developing, testing and documenting the APIs. It helps the developers to create new APIs as it leverages the ones that exist. A developer can take the existing security schema in the API and reuse it. It makes sure that the schema is consistent throughout the organization.

The primary function of an API designer is to build set of codes and also expose it so that other systems can reuse and consume it. It also allows the developer to mock the API and use various data to test it. It will make sure that the data functions properly before it gets deployed.

It is an interface that helps in managing API via a console. It gives the developer control over the access of API and security protocols. The API manager allows control user-access and makes sure that connections through API gateway are secure. It can also be used to allow and restrict API calls.

In a nutshell the API manager is used for controlling authorization and authentication for the API.

After building and securing the API, the next step is deploying the API. The deployment process is handled via Anypoint Studio. The studio is a graphical environment which allows developers to deploy the API with just a few clicks.

Deployment is facilitated both in cloud environments and on-premises. It comes with several features for building, mapping, editing and debugging data integrations.

It is the central hub of the APIs. Everything you need to know about the API is stored in the exchange. It makes sure that the development team has easy access to APIs, documentation, templates, connectors and other resources. The exchange can be called the Wikipedia of APIs.

They are built-in connectors that allow developers to integrate applications with the third-party APIs. They are available for easy usage.

When the API is completely functional it is important to track its usage and performance. It is an interactive dashboard that makes it easier to visualize the metrics. It gives the option of creating customized charts and graphs to identify and fix performance issues.

Monitoring makes it possible to keep an eye on the health of the application in real time. The configuration is done by the developers.

It is the central console that gives power to manage all the available resources on the Anypoint platform. The admin has the power to provision resources according to the needs.

MuleSoft comes with variety of pre-built connectors and assets which allows quick start of integration projects. There are several additional accelerators that can assist in speeding up the API.

An Anypoint platform simultaneously offers governance and security at different levels of the API lifecycle. It complies with all standard logging and security requirements. It automatically applies the same set of security and policy to all APIs.

It comes with built-in scalability, visibility and reliability. It offers a better understanding of the systems and getting the best performance. The components can help in making smart operational decisions as they offer runtime performance metrics and topology graphs. The tools are effective in reducing the time required for identifying and resolving the problems.

MuleSoft is flexible and made for change. It has Anypoint platforms provide foundations that are future-proof. It has plug and play architecture. It is versatile and helps in adapting to changes requirements without integrations and rebuilding of APIs. It makes it possible to switch to an alternate deployment approach.

Mulesoft provides variety of pre-built APIs so it comes with all kinds of systems and applications. It is a modern method for interacting with the system without fully understanding its operation. All the APIs are organized in a network and are given different roles.

PrevPreviousSalesforce Development Model: A Comprehensive Guide
Next10 Reasons Why CRM Is Important For Every Business in 2021 and BeyondNext 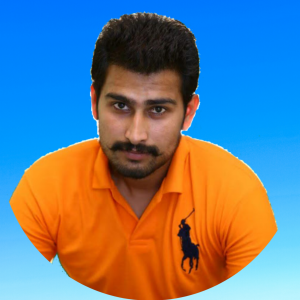 Single Sign on (SSO) for Salesforce with Microsoft Azure AD